WWU Creates the Ray Wolpow Institute for the Study of the Holocaust, Genocide and Crime Against Humanity

Editor:  Western Washington University has created a new Institute for the Study of the Holocaust, Genocide and Crime Against Humanity in honor of my colleague, Ray Wolpow, who has recently retired from our department. It will be a continuation of Ray’s earlier work.  In 1998, Ray developed the Northwest Center for Holocaust, Genocide and Ethnocide Education “to assist educators in the design and implementation of Holocaust, genocide and ethnocide-related studies.” The center was “dedicated to remembering and learning from the past in order to promote the human rights of all people,” and was consistent with House Bill 2212 passed by the Washington State Legislature that stated: “Every public high school is encouraged to include in its curriculum, instruction on the events of the period in modern world history known as the Holocaust, during which six million Jews and millions of non-Jews were exterminated. The instruction may also include other examples from both ancient and modern history where subcultures or large human populations have been eradicated by the acts of mankind. The studying of this material is a reaffirmation of the commitment of free peoples never again to permit such occurrences....”  Ray often brought to the campus survivors of the Holocaust to speak to our students.  We are pleased that one of them Noémi Ban has agreed to an interview on our blog that we will be publishing shortly. 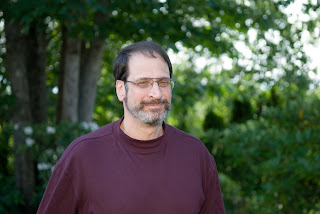 Western Washington University has created the Ray Wolpow Institute for the Study of the Holocaust, Genocide, and Crimes Against Humanity and named Sandra Alfers, professor of German in Western’s Department of Modern and Classical Languages, its founding director.
The institute is named after retired Western Professor Ray Wolpow.
“We are very pleased to have created this institute and grateful to the faculty and staff who pushed for its creation. The Holocaust and genocide more generally are difficult subjects, but their study is vital if we hope to prevent such tragic events in the future,” said Brian Burton, associate vice president for Academic Affairs at Western. “I can think of no more appropriate name for the institute than that of Ray Wolpow, who has done so much to educate so many people – at Western and in the public schools – on the Holocaust, genocide, and ethnocide. And I can think of no better person as the founding director than Sandra Alfers, who has led the process of forming the institute.”
The mission of the Ray Wolpow Institute for the Study of the Holocaust, Genocide, and Crimes Against Humanity is to advance knowledge about the Holocaust and genocide, including ethnic and religious conflict as well as attendant human rights abuses. While the institute will focus, first and foremost, on the Holocaust and genocide, broadening the scope of the institute to include crimes against humanity will enable the university to take advantage of additional expertise among Western faculty.
“Ray has been a tireless advocate for Holocaust, genocide, and ethnocide education on campus and in the community, and I look forward to continuing his important work,” Alfers said.
The new institute will build on work pioneered at Western by Wolpow, faculty emeritus at WWU’s Woodring College of Education and founder of the Northwest Center for Holocaust, Genocide, and Ethnocide Education (NWCHGEE) at Western. The NWCHGEE originally was established in 1998 to assist educators in the design, and implementation of Holocaust, genocide, and ethnocide-related studies.
“I am honored to have the institute bear my name.  However, it is important to remember that our seminal work here at Western was possible only with the guidance of Holocaust survivors Noémi Ban, Fred Fragner, and Magda Dorman.  It was their courage, their willingness to bear witness to unfathomable events, their dedication to the pursuit of painful truths that inspired faculty and students alike.   I trust that our institute will continue to grow the knowledge, compassion and willingness to use the lessons of the past to advocate for the human rights of all people,” Wolpow said.
With Wolpow’s retirement in 2014, members of the campus community discussed how NWCHGEE in Woodring College could continue its work, and how other departments could be involved in furthering its mission and visibility on- and off-campus.  Western’s Dean of Libraries Mark Greenberg convened an interdisciplinary group of interested faculty members. With support from Woodring College Dean Francisco Rios, a committee – which included faculty from several colleges and academic departments at Western – was formed. Also, Western’s Provost’s Office, where the new institute will be located, supported the committee with funds for a speakers’ series.
The institute will provide Western students with a global education rooted in the liberal arts that investigates the Holocaust, genocide and crimes against humanity from various perspectives and academic disciplines. The institute also will address the state’s recommendation to teach the Holocaust in state public schools, by giving future teachers in training at Western this much-needed background. And new courses will be created at Western as part of an anticipated academic minor in Holocaust and Genocide Studies.
Through teaching, research, and outreach, the institute will complement and add to already existing programs and entities on campus – for example, the Center for Education, Equity and Diversity at Woodring College, the Center for Law, Diversity and Justice at Fairhaven College, and the Institute for Global Engagement.
Posted by Lorraine Kasprisin at 2:26 PM