Editor: The following article was published by the National Education Policy Center (NEPC), a university research center housed at the University of Colorado Boulder School of Education.  http://nepc.colorado.edu   We thank them for permission to reprint this article for our readers.

RGB and Education: A Legacy of Equity 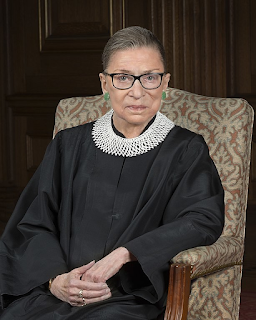 During her 27 years on the U.S. Supreme Court, Justice Ruth Bader Ginsburg left behind a distinctive legacy on education issues by developing the jurisprudence extending constitutional protections concerning gender equity, desegregation, student and LGBTQ  rights, and the separation of church and state even as an increasingly conservative court relegated her opinions to minority dissents. As attention understandably turns to the abrupt political machinations concerning her replacement, it’s important not to forget the ways she shaped — or attempted to shape — some of the core educational issues of our time. Here are just four examples of her education-related opinions.

Missouri v. Jenkins, 1995. In Justice Ginsburg’s first opinion in an education case, she opposed the decision to end Kansas City’s desegregation plan, joining the main dissent in the 5-4 case and also writing a dissent of her own. “The Court stresses that the present remedial programs have been in place for seven years. . . . But compared to more than two centuries of firmly entrenched official discrimination, the experience with the desegregation remedies ordered by the District Court has been evanescent,” she stated. In 2007, Justice Ginsburg also dissented in Parents Involved in Community Schools v. Seattle SchoolDistrict, where the Court’s majority prohibited school districts from considering students’ race as a way to avoid segregation that occurs through their school choice plans.

United States v. Virginia, 1996. Justice Ginsburg wrote the majority opinion striking down the Virginia Military Institute’s admissions policy that prohibited females from attending. Her opinion explained that Virginia’s creation of a separate women’s-only academy did not cure the violation of the 14th Amendment’s equal protection clause, since women did not receive same benefits as men. “‘Inherent differences’ between men and women, we have come to appreciate, remain cause for celebration, but not for denigration of the members of either sex or for artificial constraints on an individual’s opportunity,” she wrote. “Sex classifications may be used to compensate women ‘for particular economic disabilities [they have] suffered.’ But such classifications may not be used, as they once were, to create or perpetuate the legal, social, and economic inferiority of women.” Justice Ginsberg applied the standard that she had helped developed when she was a litigator and advocate for women’s rights: in order to survive equal-protection scrutiny, sex discrimination must “serve important governmental objectives” and be “substantially related to the achievement of those objectives.”

Safford Unified School District #1 v. Redding, 2009. Justice Ginsburg sided with the majority in finding that school officials’ search of a 13-year-old girl’s underwear, based simply on having earlier found the equivalent to two Advils and one Aleve, violated her Fourth Amendment right to be protected from unreasonable government searches and seizures. During oral arguments, she spoke out when some male justices minimized the student’s discomfort. “They have never been a 13-year-old girl,” she later told USA TODAY. “It’s a very sensitive age for a girl. I didn’t think that my colleagues, some of them, quite understood.”

Espinoza v. Montana Department of Revenue, 2020. This past term, the Court ruled that the state of Montana had discriminated against religious schools by applying a state constitutional provision prohibiting public funding for religious institutions through a neovoucher scheme. Previously, to avoid the potential for such discrimination, Montana’s state supreme court, had eliminated the tax credit program for all private schools, not just religious schools. In a dissent from the conservative court majority, written just months before Justice Ginsburg’s death, she pointed this out and chastised her colleagues for over-reaching when there was no actual controversy or discrimination to be addressed:

Nearing the end of its opinion, the Court writes: ‘A State need not subsidize private education. But once a State decides to do so, it cannot disqualify some private schools solely because they are religious.’ . . . Because Montana’s Supreme Court did not make such a decision — its judgment put all private school parents in the same boat — this Court had no occasion to address the matter.

In addition to participating in legal decisions impacting education, Justice Ginsburg also expressed the hope that her presence on the court alongside Justices Elena Kagan and Sonia Sotomayor, would be an inspiration to future generations. “When the schoolchildren file in and out of the court and they look up and they see three women, then that will seem natural and proper—just how it is,” she told The Washington Post.

Ruth Bader Ginsburg died Sept. 18th at her home in Washington. She was 87.

Posted by Lorraine Kasprisin at 9:50 PM