What Does it take to Eliminate the Achievement Gap for African American Students? 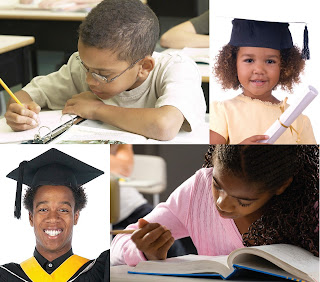 In our winter 2007 issue, the Journal of Educational Controversy had a special section on Washington state politics. Among other articles, we published the position papers prepared by the Multi-Ethnic Think Tank (METT) in Washington State. The Multi-Ethnic Think Tank is an umbrella group that comprises individual think tanks - African American, Asian and Pacific Islander American, Hispanic American, Native American and Low Socio-Economic think tanks. It is a community inspired coalition aimed at making a difference for the education of its children who are struggling in our public schools. For a personal critique, read Thelma Jackson’s separate article, “Educational Malpractice in Our Schools: Shortchanging African American and Other Disenfranchised Students” in our journal’s Volume 2 Number 1, Winter 2007 issue on the theme, Jonathan Kozol's Nation of Shame Forty Years Later.
For readers who are interested in learning about the state's response to these ongoing community concerns, we have an update. During the 2009 legislative session, the Washington State Legislature is considering the problem of the achievement gap. A statewide advisory committee, which included some prominent METT members like Thelma Jackson, was created following passage of House Bill 2722 in the 2008 legislative session. Its charge was to investigate the African-American student achievement gap and recommend solutions to the problem. The committee has now presented its report, "A Plan to Close the Achievement Gap for African American Students," to the legislature. In a press release on the website of the Office of Superintendent of Public Instruction, Mona Humphries Bailey, committee co-chair, says "We want to make sure that our State's 57,700 African American students are no longer left behind. We want to make sure that the system cares about them and that it sees them in all their individuality and potential." A copy of the report can now be read online.
Posted by Lorraine Kasprisin at 5:04 AM

I once had the opportunity to visit a number of Seattle public schools, particularly around the central district with an African American Vice Superintendent of Schools. I wish I could remember her name--she was amazing and brilliant.

She told me that a "disadvantage child" is "one who learns something at home that is not reinforced at school and learns something at school that is not reinforced at home". Color of skin is not important. Bill Cosby tends to agree with this statement. We need to work in hand with the home as well as the school to be sure ALL disadvantage children get the same message both at home and school.

Good subject--I hope you have more blogs like this one. I hope to write about this in my blog some time down the road.